What Is Tezos (XTZ)?

Smart contract platforms such as Tezos have become an integral part of the crypto sector today. Tezos is a multi-purpose blockchain platform that uses an on-chain governance protocol to implement changes on the network. Despite a rocky start, Tezos keeps on growing because of its governance protocol. Why so? What is Tezos blockchain, and how does it work? 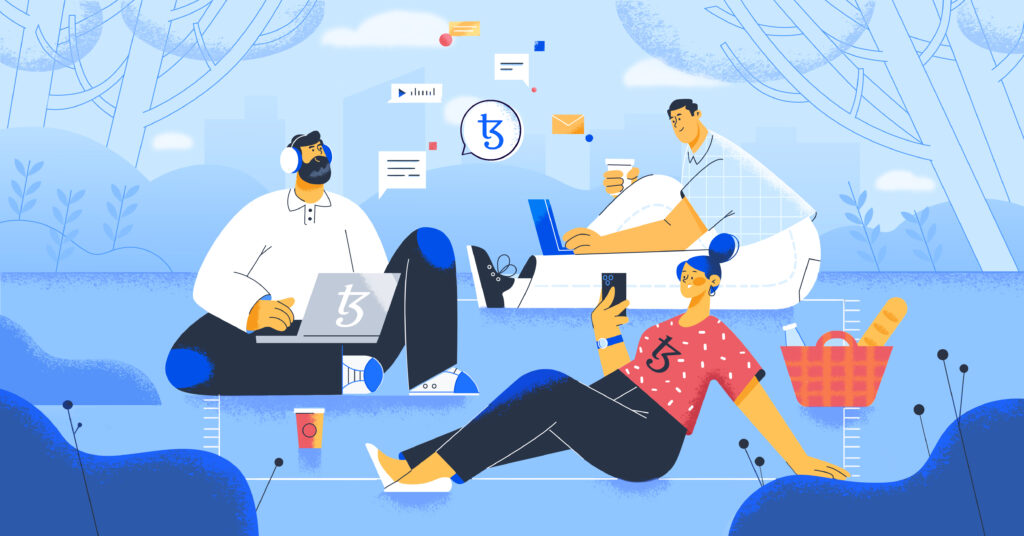 Tezos is a decentralized application platform that uses a self-amending feature powered by an on-chain voting mechanism. The project was founded by Dynamic Ledger, a platform for developing decentralized applications (DApps). Tezos uses a Proof of Stake consensus model, which offers users the ability to partake in governance decisions through an on-chain governance protocol.

The Team Behind Tezos

In August 2014, Arthur Breitman, the co-founder of Tezos, released a whitepaper that highlighted the flaws of Bitcoin. He stressed that Bitcoin failed to design a protocol that enables the creation of new tokens. To solve these issues, he proposed Tezos as a smart contract platform with an on-chain governance model which allows users to vote on proposals for upgrades on the network.

In 2015, Arthur and his wife, Kathleen Breitman, established Dynamic Ledger Solutions - the company responsible for writing the initial code for Tezos. By 2017, Tezos launched its ICO raising more than $200 million within two weeks. The team led by the appointed president, Johann Gevers, took control of the funds and the task of distributing the tokens to ICO contributors.

Tezos had a setback when there was an internal issue between Gevers and the Breitmans - delaying the distribution of Tezos tokens to investors. Investors launched several class-action lawsuits at Tezos and DLT, which further delayed the development of the Tezos blockchain. This conflict continued until February 2018, when Gevers and another member left their position in the foundation.

After resolving the conflict, Tezos launched a beta net in June 2018 and the mainnet in September 2018.

What Is The Long-Term Vision of Tezos?

Although there is no official roadmap for Tezos, developers continue to work with the Tezos community for network upgrades. As a result, Tezos has attracted many companies and also governments.

Tezos is making a mark in the crypto space, and many see it as a doable blockchain for their purposes. In addition, the properties of governance and self-amendment make it a reliable infrastructure for decentralized applications. 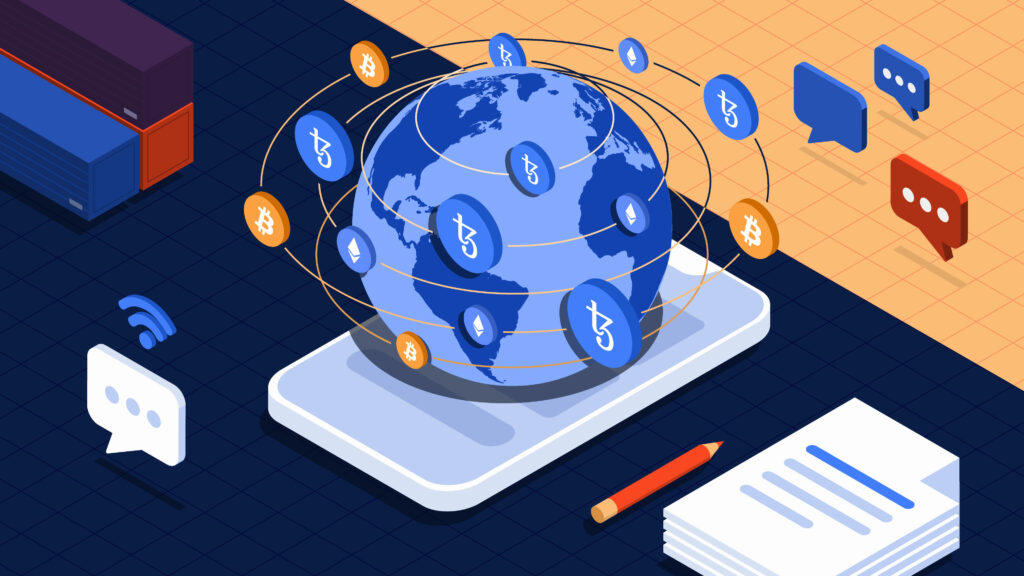 The network protocol determines blocks and transmits them down the chain. It connects the "gossip" network and the entire protocol. Everything a node needs to maintain the integrity of the network, such as downloading the state of the blockchain, connecting users, and sending the last block to the network, is in the network log.

Finally, the consensus protocol enables the platform to reach a consensus on the state of the blockchain. In compliance with the DPoS model, an agreement, change, addition, or update is coordinated by platform stakeholders. 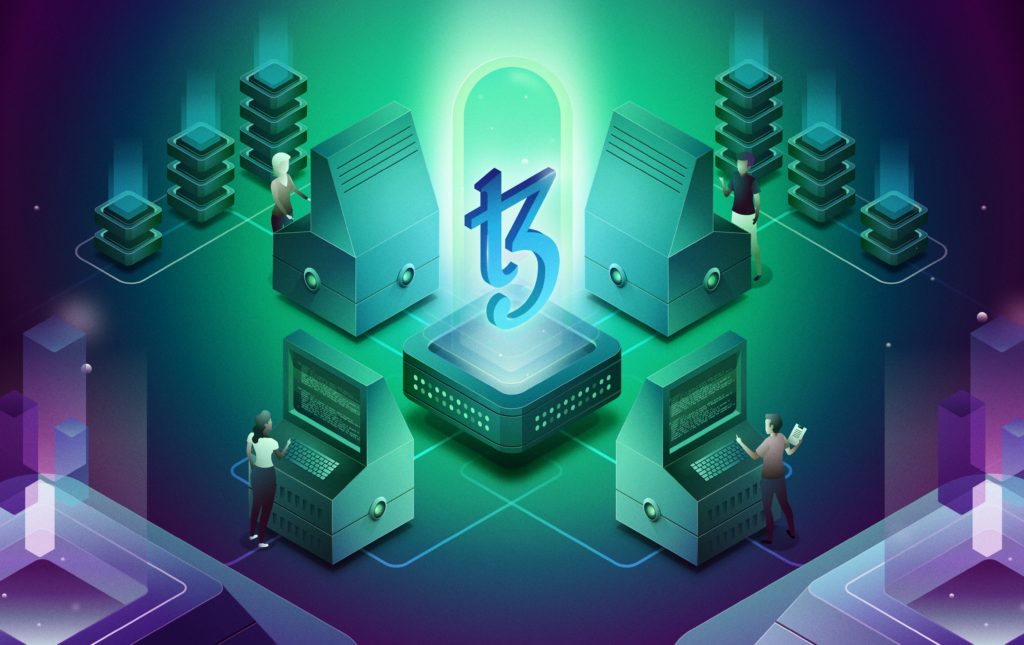 The Tezos node is the main program. This node is connected to the network, verifies all transactions, and links to the global distributed public ledger. The node has a P2P layer, a context database, and a network shell.

The baker monitors the network and creates blocks. When called by the Proof of Stake (PoS) algorithm, the baker constructs and verifies blocks, manages bond deposits, and records other blocks.

The Tezos platform uses the term client for wallets. The Tezos wallet processes the contract address. Compared to RPC, the client provides a higher level and better interface for nodes and protocols. The customer can store keys and track contracts, send transactions, deploy smart contracts and use data to trigger contract execution.

The attacker is an integration test tool. The tool tries to trick nodes into finding fake data or large amounts of data. There are currently only a few attackers. It mainly focuses on logical denial of service attacks by conveying corrupt data and trying to trick nodes into doing lots of useless 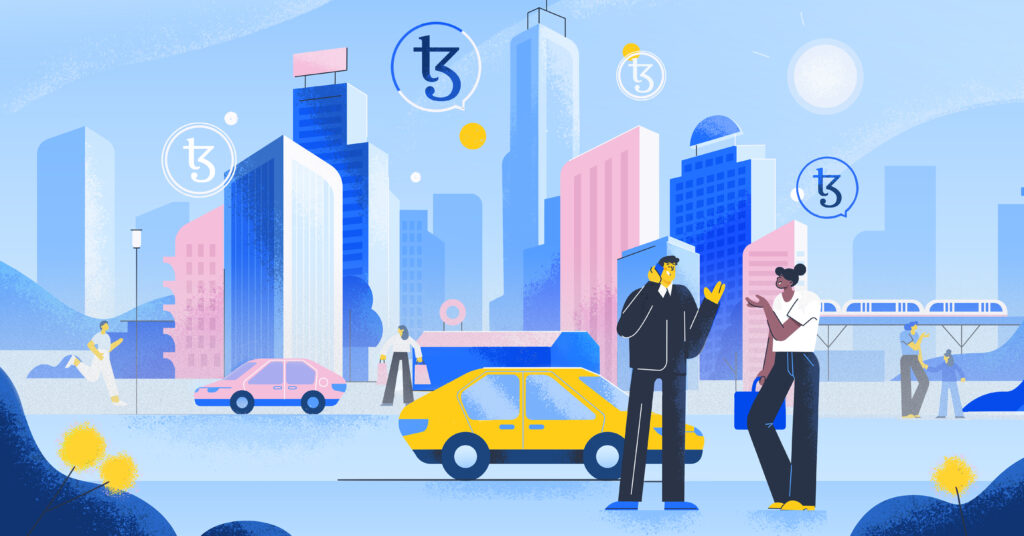 One feature that separates Tezos from other blockchains is that it is decentralized and self-governed. Most blockchains rely on mining communities or the core development team to make decisions about the network, but Tezos is aiming to give this decision power to the users of the network. This structure makes Tezos a unique platform from others.

Governance, smart contract security, self-amendment, and many more features are ensuring the longevity of the Tezos network.

What Is The Tezos (XTZ) Token Used For?

As with other blockchain platforms, Tezos users can use its native token, XTZ, to pay transaction fees and fees for executing smart contracts.

The XTZ token plays a vital role in the maintenance and operation of the Tezos network and can be used to hold, spend, send or bake. In addition, owning and baking XTZ allows users to vote on network upgrades, and each vote is proportional to the amount of XTZ cryptocurrency they bake.

Tezos rewards participants with XTZ based on the number of tokens they baked, and bakers receive a small portion of the reward assigned to the person who commissioned their XTZ.

Staking also gives users the right to vote proportionally within Tezos, so staking can help determine the future direction of the agreement. XTZ holders without resources and technical skills can delegate their voting rights to other bakers. This model enables any token holder to participate in Tezos' on-chain governance system.